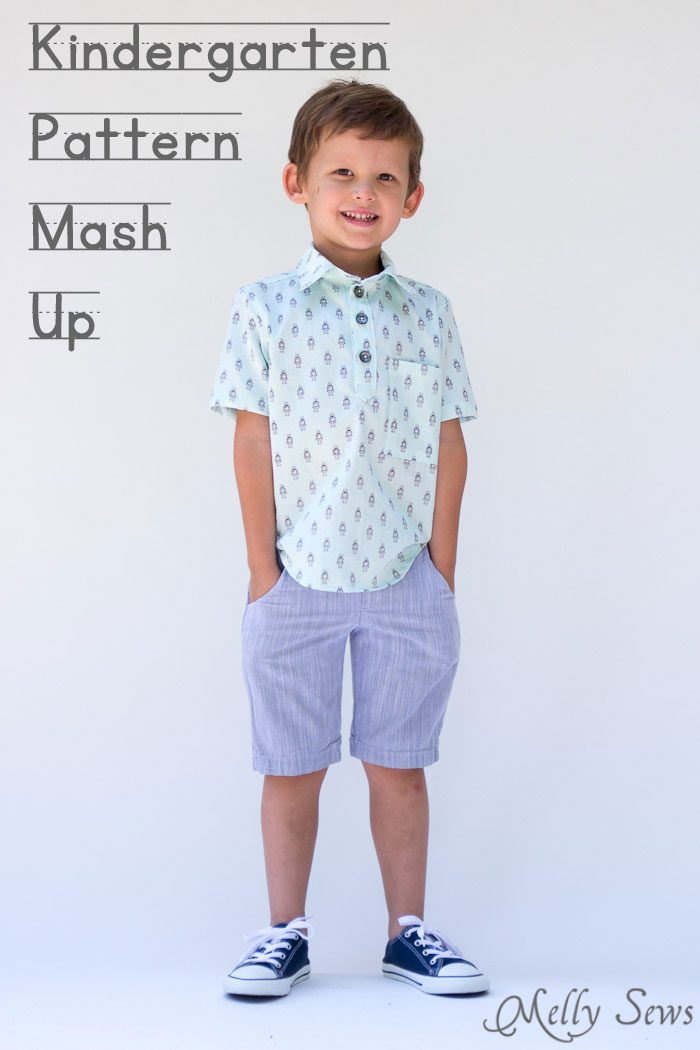 There is something heartwrenching about sending your oldest off to kindergarten. And then there is a different kind of heartbreak when you send your youngest. Bean started kindergarten this year, and in some ways it was easier and some ways it was much harder than sending Tater off to school. With only two kids who are close in age, there are lots of firsts and lasts for this mother’s heart. 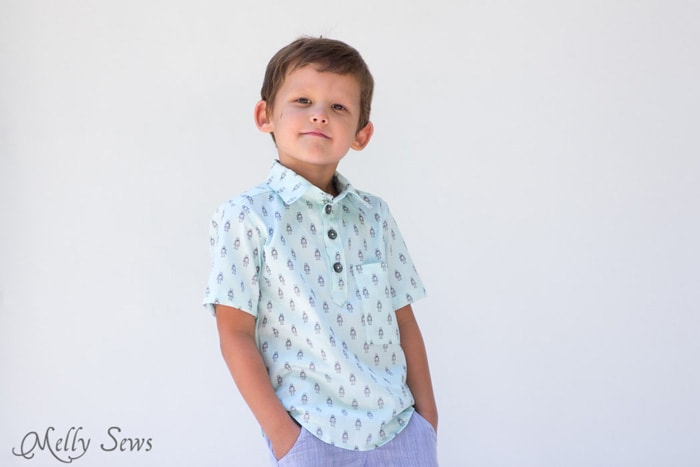 Every year I ask the boys what they’d like to wear on their first day of school. One of these days they’re not going to want me to sew for them or even shop with them, so for this one outfit they’ve got free reign while they’ll let me. You can see what Tater chose for kindergarten here.

I picked up this robot print fabric (it’s a Kokka fabric that’s out of print) on a whim, and Bean loved it just as much as I thought he would. He requested a “shirt with buttons, but not all the way down, and a collar”. So I mashed together my Prepster Pullover and Bookworm Button Up patterns to make his look. Which he paired with some Clean Slate Shorts that actually got handed down from Tater. I offered to make new ones but he likes these.

And just like his brother in his kindergarten post, we shot some photos showing off his kinder dance moves. 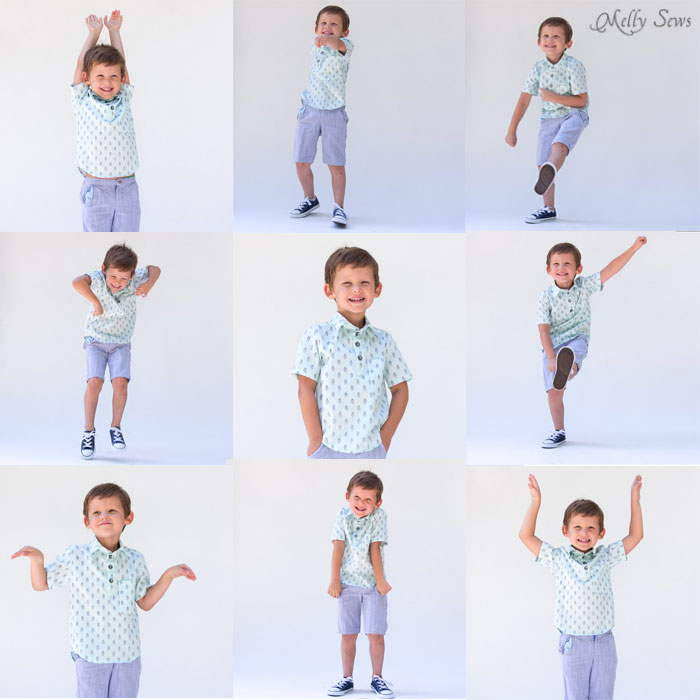 It's so funny with two boys to see their different personalities. Bean is going through that weird smile phase, so I have to work hard to get normal faces from him. Tater, on the other hand? We have a Zoolander joke (though he's never seen it), "Give me blue steel Tater." And in one shot I'll get the pose he's striking below. 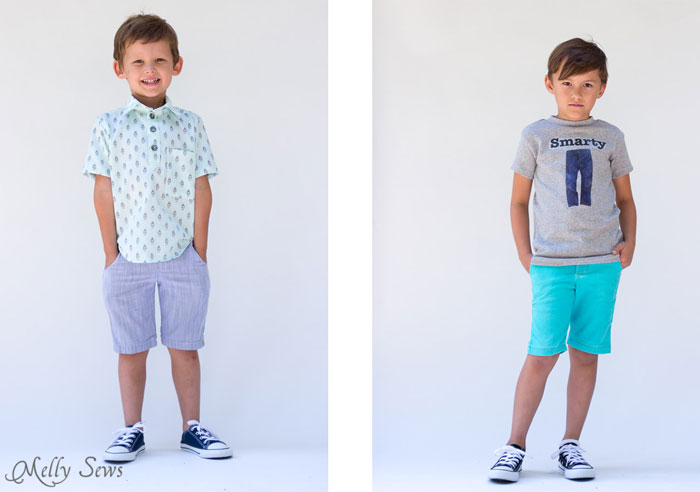 This guy is super into puns and jokes going into second grade, so he insisted that this shirt is what he wanted for his first day. The word smarty and a pair of pants. I made an iron on with both then put it on a Tee x 3 pattern. Tater also finished his look with Clean Slate Shorts. 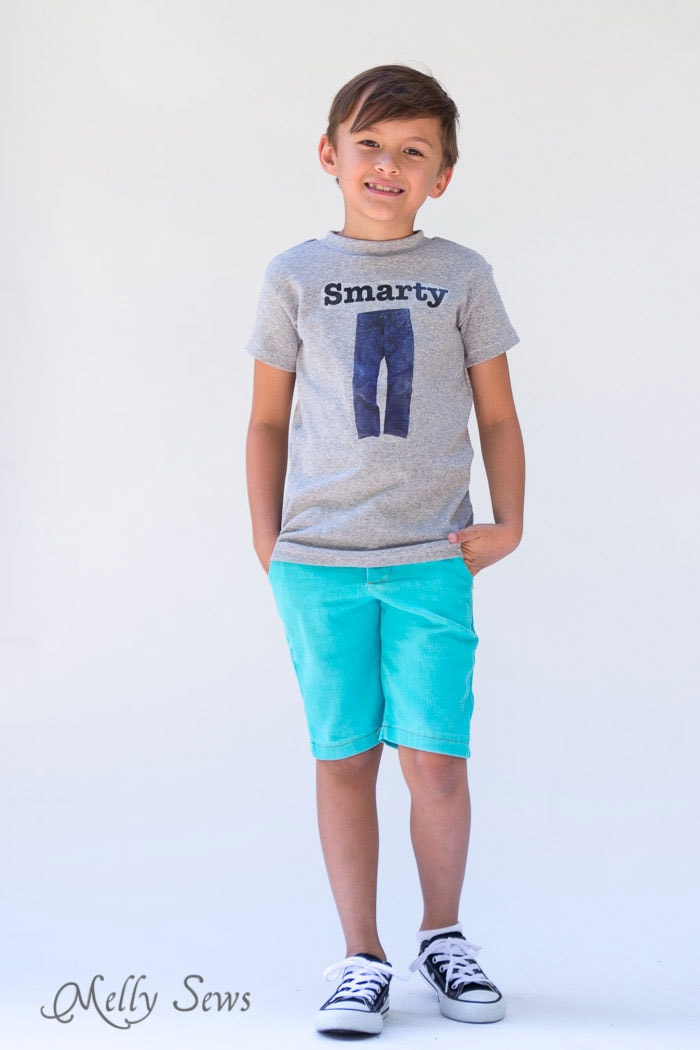 This kid was so super proud of his "punny" shirt that he walked in to show the principal on the first day. If you know a Smarty Pants that would also rock this t-shirt, you can download the graphic for iron on transfer here. (Personal use only). 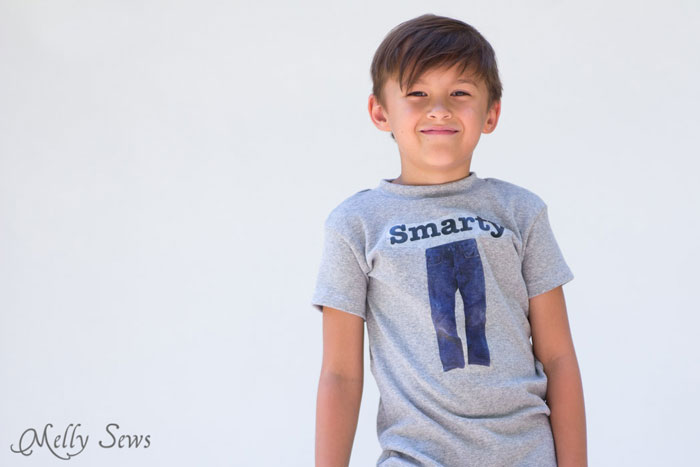 And he also wanted to do an updated dance moves shoot. 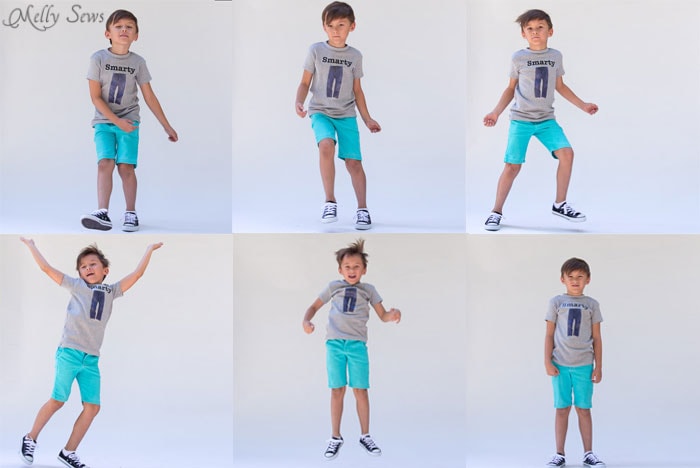 They drive me crazy a lot of the time, but I sure do love these boys. 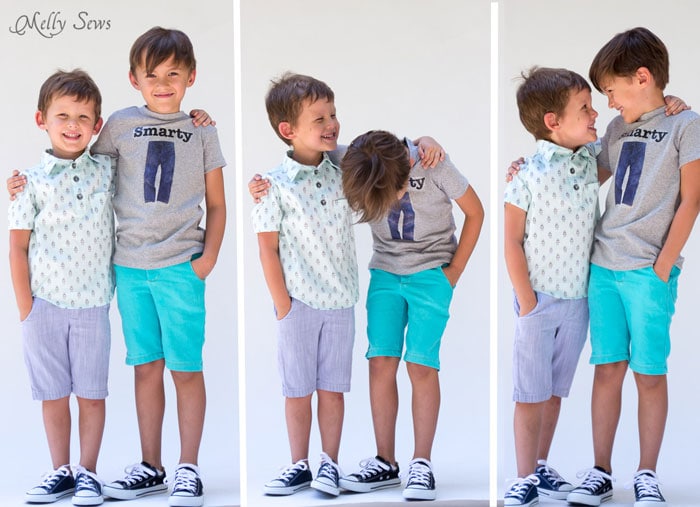