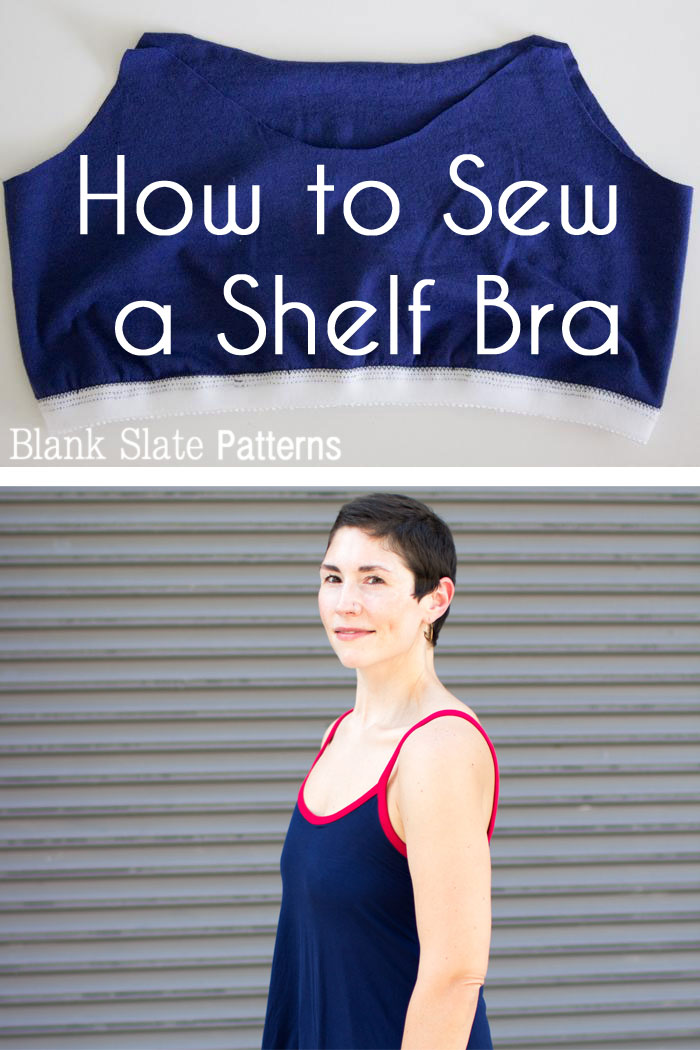 While a shelf bra is pretty simple to sew, if you’ve never done one it can be confusing because of the right and the wrong sides not always being where you expect them to be. One thing to remember is that you want the soft, finished sides against your skin – which means the wrong side will be facing out when the bra is finished.

The Kirei Camisole features an optional shelf bra, and plush backed elastic is recommended as the most comfortable option for the bra band. Plush backed elastic has a right and a wrong side – the soft plush side is the right side AND it is meant to be worn against your skin. I like to sew my bands by laying one short end over the other, then zig zagging over each end of the elastic as shown above. This means the band is perfectly flat against my skin.

Once you’ve sewn the band into a loop and sewn the side seams of the bra, you want to place the wrong (non plush side) of the band against the wrong side of the bra. Quarter the band and the bra and match the quarter points. The picot edge of the elastic should be facing up toward the bra. Now turn your bra wrong side out and place it inside your tank and continue per the tank instructions!